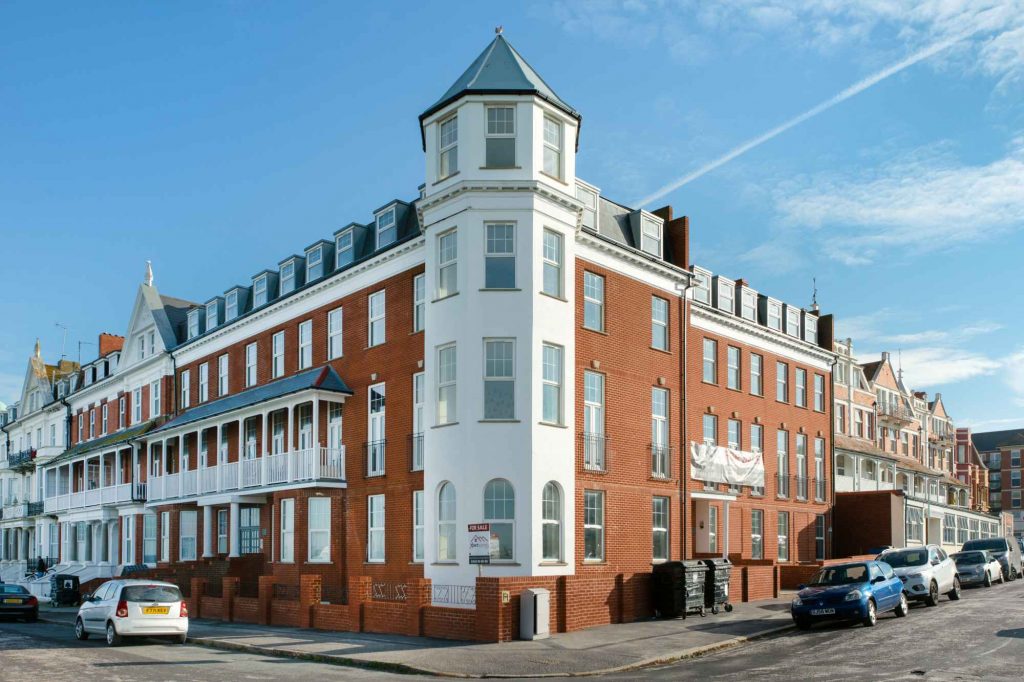 Understanding our approach to finding the key trends in Property Development.

The story of Margate is one of immense highs and staggering lows. From as far back as the 1800’s Margate, and the other Thanet towns were a mecca for tourists, especially those from London. From the 1930s this former Cinque town really took off, attracting day-trippers and longer stay visitors thanks in part to the opening of the Dreamland entertainment complex which included what is now the oldest ‘roller-coaster’ in the U.K. The Scenic Railway.

The prosperity continued until the 1970s when the great British public was lured by the accessibility of the continent. Spain, Southern France, Portugal became the destinations of choice. Throughout the ’70s ’80s and into the 90’s coastal towns like Margate suffered a steep decline.

So much so that when the 1990s hit Margate’s once plush hotels had become places to house the homeless, destitute and the flood of immigrants (legal or otherwise) into the U.K. Challenging, doesn’t even come close to describe the situation.

However, in that very same decade one person rose to public prominence and, whatever your individual perception of her, she was to become the catalyst for change. When Tracey Emin won the Turner Prize in 1999 for her unprecedented work ‘My Bed’ she was catapulted into the public conscience and she didn’t hold back in extolling the virtues of her childhood town, Margate.

Every chance she got Emin dropped in Margate as the source of her inspiration, her mojo and her anchor, of which she says “This place is in my psyche. It’s part of me” and it worked. Over the subsequent years, Margate started to attract a new style of visitor, perhaps through morbid curiosity of a nostalgic yearning, whatever the reason a younger, affluent crowd of hipsters started to descend on the town.

They had originally populated the newly gentrified areas of London like Shoreditch, Hoxton, Bethnal Green and Bermondsey. Now many would seek to relocate to Margate and its fortunes would take a turn for the better. The arts became front and centre for the town from small art collectives to the opening in 2011 of the Turner Contemporary gallery.

We’ve been tracking the fortunes of towns like Margate for years as we look to be the first to spot trends in property development. We have since completed several schemes in the town and have more in development and under offer.

The ability to find and then capitalise on trends in property development lies in the ability to keep an open mind and we urge you to do the same. Far too often people bring their own, misguided perceptions to bear on a location or asset class. It’s not only Margate where we’ve seen people scoff at our ambitions, in other towns too, but we’ve been successful each time and will continue to track the key trends in property development as we grow our portfolio and business.

Some examples of our work in the town can be found using the following links:

If you have any questions whatsoever regarding our work in Margate, the South East of England in general, or indeed our London centred projects please get in touch we’d be delighted to answer and discuss whatever opportunities you may have.

Request a Callback
© Copyright 2022 Store House London Limited is registered in England and Wales under company number 07215760. Registered Address: 2nd Floor 21-22 Great Castle Street, London, W1G 0HZ. The investment products marketed by Store House London are not a regulated investment product. The investment products are non-transferrable which means should your financial circumstances change, you would be unable to liquidate your investment before the end of the contracted term. The content of this website is for information only and does not constitute, nor must be deemed to be financial advice. Reliance on this promotion for the purpose of engaging in any lending activity may expose an individual to a significant risk of losing some or all of the monies lent. All prospective investors should seek independent professional advice before investing.
Terms and Conditions | Cookie Policy | Website design by Hypergroup